New to the ice

I am writing this on the way home after a successful eighteen days working on the Greenland ice sheet. As a lab manager at the University of Leeds the furthest I usually get from the lab is the PhD students’ office, from which I can be seen dragging a messy student back to the lab. So, when Liane Benning asked if I wanted to go on fieldwork to Greenland I said “YES!” without a moment’s hesitation.

A couple of months later I found myself on a plane to Greenland. Kangerlussuaq, the home of Greenland’s main commercial airport, had an aura of dusty frontier town but one in which the utilitarian buildings and brown shrubs were set off with pretty painted houses. I was welcomed into the very well prepared and friendly team of academics and students before the six of us headed out onto the ice.

Two helicopter trips later and we were all sat with our equipment watching our ride fly off into a blue sky. It was time to put up some tents; my experiences at Scout camp hadn’t prepared me for drilling holes in the ice to put in bamboo poles for pegs. It was clear that adaptation was going to become part of everyday life.

Jenine watching the helicopter leaving and hoping it would remember to come back.

When I had the chance to look up from drilling holes an incredible view met me. A panorama of light and shade, a palette reduced to white and blue with contrast taking the place of hard lines. During my time on the ice sheet I never tired of its cold beauty. The first day’s experiences meant that I slept well that night in my 2 sleeping bags. Of course, I say “night”, but as the sun never goes down “night” becomes an artificial concept which I had to create with a blindfold.

My primary role of the ice was to help Jenine with her work and over the next 17 days I collected around 15 snow-ice cores, gathered many bags of snow and ice, and filtered 89 litres of water. I also used about 300ml of sun cream but that wasn’t really part of the science. Most of these samples were collected kneeling in the snow where sometimes I would look up and stare into the distance at the view, at the emptiness. That was until I felt the cold seeping into my boots and had to get a move on so we could return to the mess tent for tea and some good company.

Social life on the ice revolved around food. Luckily for us, Jenine had done an amazing job organising the food. We soon slipped into a routine of breakfast porridge, lunchtime Ryvita, and dinners as varied as corned beef hash with smash to chorizo risotto. The constant cold and physical work meant that we were always ready to eat and drink tea made from melted snow and ice.

(MT – sorry about the font change, I have no idea how to change this….) 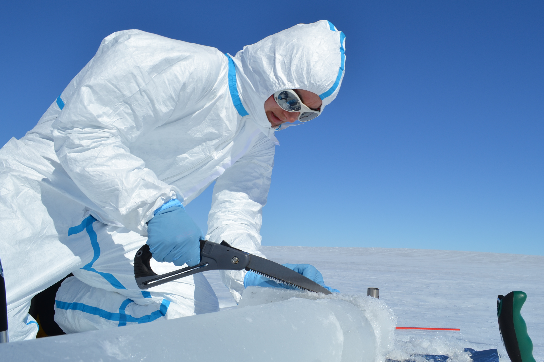 Jenine cutting up samples to take home. We had to get suited up to keep the samples clean.

It was amazing to see what lab facilities could be set up in the middle of the ice sheet. We had vacuum pumps for filtering samples, a hand-wound centrifuge, a microscope: everything we needed. The majority of my lab work focussed on extracting particulates and microbes present in the snow and ice using filtration. These filter papers would then be examined by Jenine back in Leeds. For such clean-looking snow, the dirty smudge that appeared on the filter papers was a real surprise. While the filtering wasn’t too difficult, melting the samples caused us real problems as the air temperature varied between –6 and 2°C. 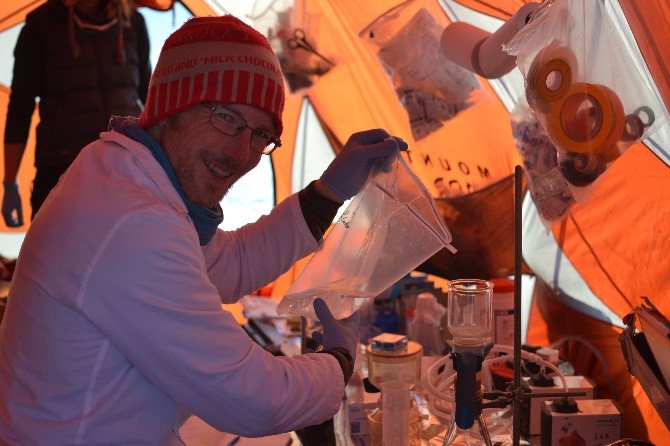 While we struggled to melt samples, the world melted around us. An easy morning walk to the toilet over solid snow became, by evening, a treacherous teeter as every step could result in sinking to your knees. Around us we watched as first lakes, then raging rivers, formed in the snow. In the distance we saw a moulin, a kind of glacial geyser, form. Beneath us ice was soon emerging from the snow but it was not the smooth ice I had expected; it was a pitted honeycomb of cryoconite holes and weathering crust that crunched with every footstep. There were not just new experiences but came with a new set of vocabulary to learn. 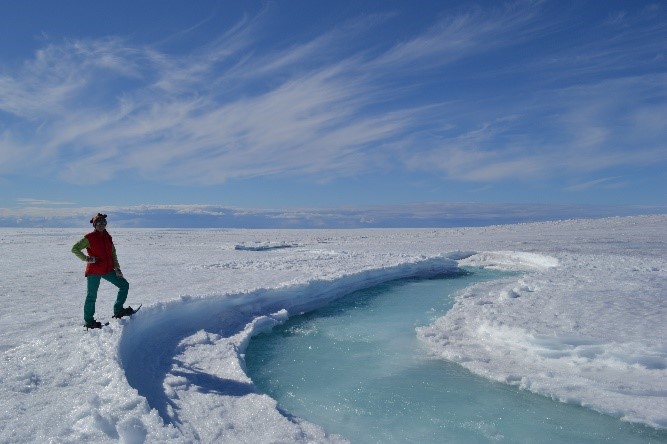 One of the rivers that formed in the snow.

Overall, it was a fantastic 18 days on the ice. I missed my wife, I missed cake, and I’ll never look at Ryvita the same way again, but the camaraderie of the team and the incredible location made the whole experience one of a lifetime. I only hope that my small efforts have helped Jenine and the Black & Bloom project with their important scientific work. 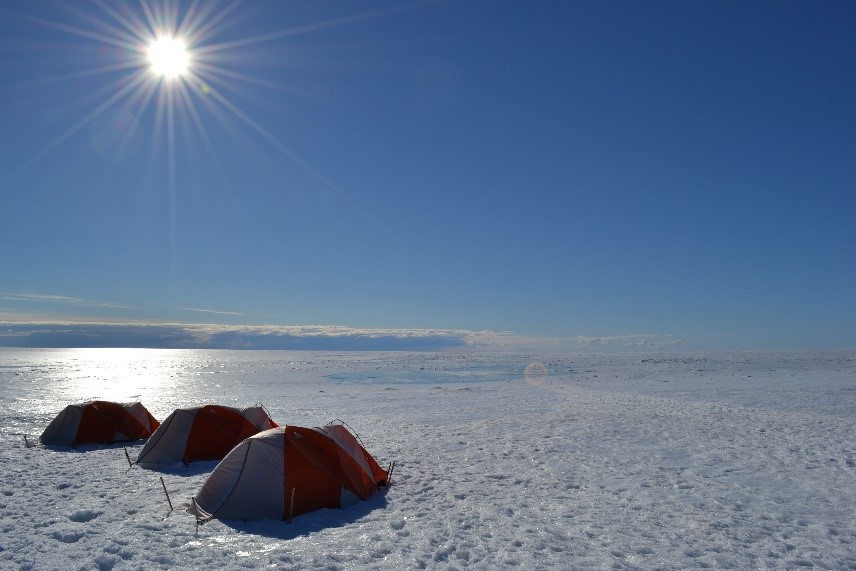 Our “Lake side view”

Here is a mosaic of other pictures Andy took. 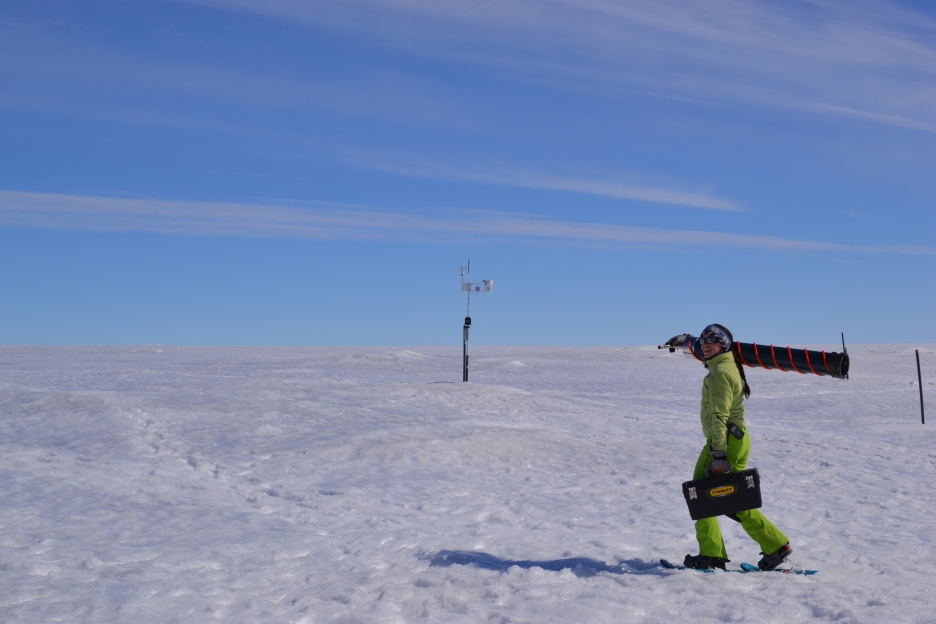 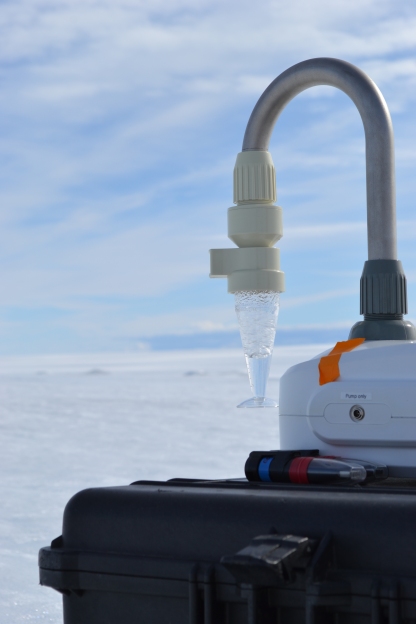 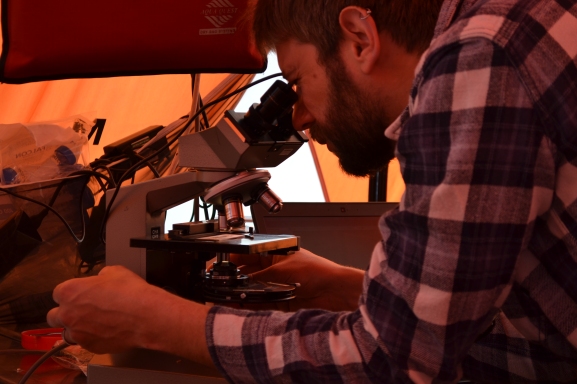 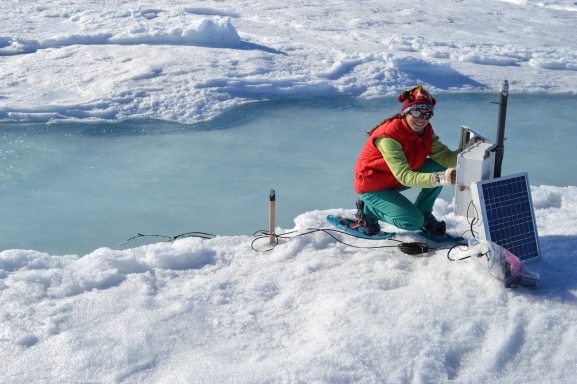 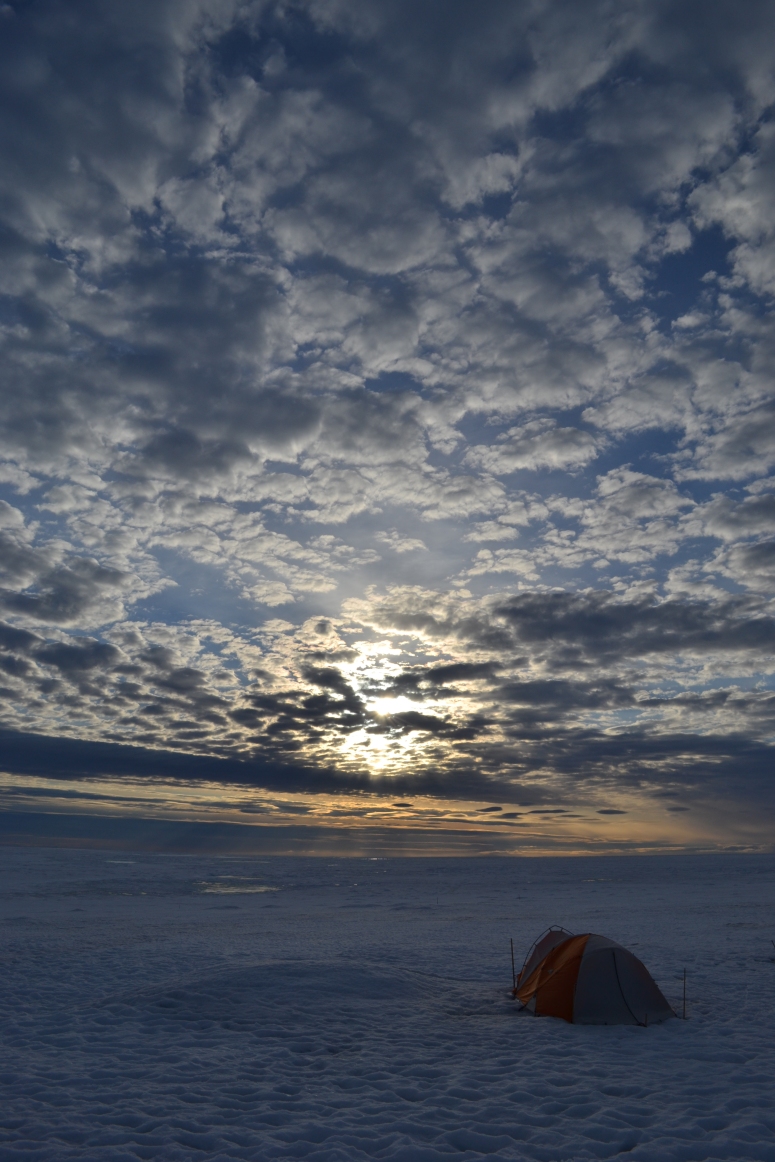 One thought on “Lab Manager Andy Connelly was new to the ice. Here’s his blog.” Leave a comment ›

My Tweets
Black and Bloom Lab Manager Andy Connelly was new to the ice. Here’s his blog.
Loading Comments...